The Weeknd stole the show during Super Bowl Sunday 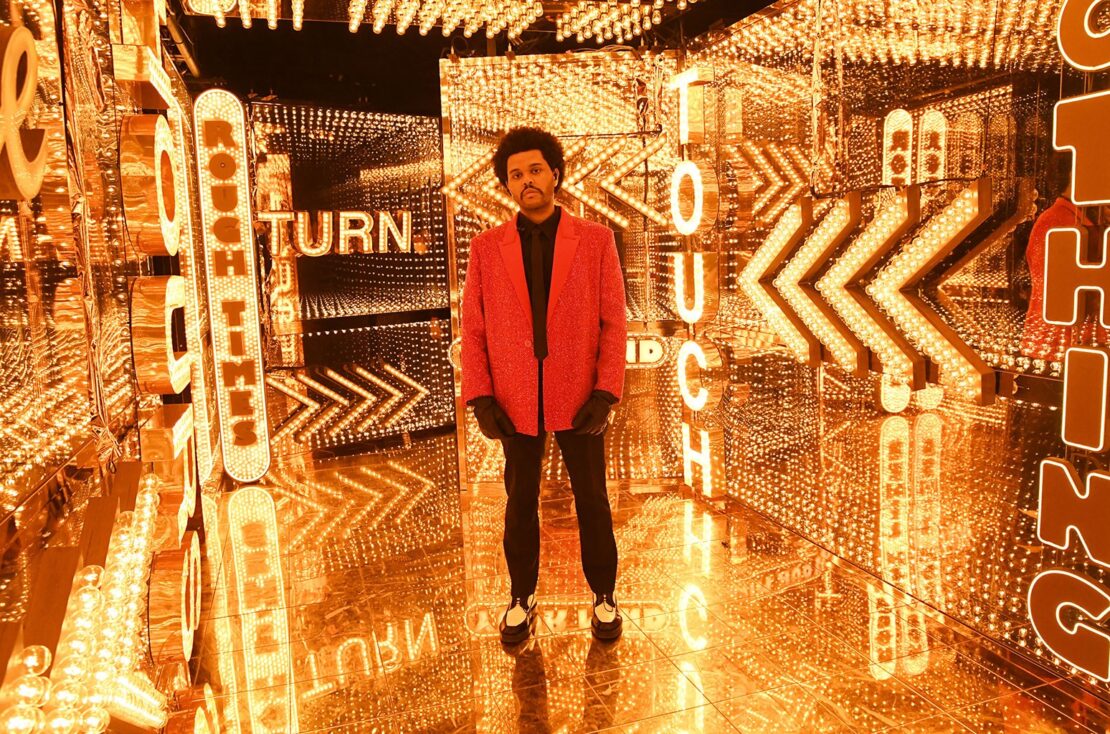 Once a year we gather around the television to watch the final football game of the season or what is lovingly called Super Bowl Sunday, the match-up of the two best teams in the nation; but for many of us it is the halftime show that keeps us coming back.

This year, the show took place in Las Vegas, Nevada and began with a well-deserved “thank you” to our first responders, followed by heartwrenching Americana and epic halftime entertainment. Furthermore, numerous ads were played, which included several popular artists such as Dolly Parton, Bruce Springsteen, Blake Shelton, Gwen Stefani, and Adam Levine.

In addition to the sports, the halftime show is one of the largest stage productions from beginning to end. H.E.R. opened the festivities with “America The Beautiful” and left the viewers in amazement as she shredded the guitar. Then R&B singer Jazmine Sullivan and country singer Eric Church sung “The Star Spangled Banner.” In honor of our first responders worldwide, Amanda Gorman stole the show with her wonderful spoken word, which was the first of its kind at this event.

The game went on as usual as viewers eagerly waited for the real show to begin when The Weeknd would take the stage during halftime. The Canadian singer/songwriter is the first to solo headline the halftime show, and he did not disappoint. The pop star’s performance included hit songs from several of his albums including “Call Out My Name” (played as intro), “Starboy,” “The Hills,” “Can’t Feel My Face,” “I Feel It Coming” ft. Daft Punk, “Save Your Tears,” “Earned It,” “House of Balloons,” and “Blinding Lights.” Backed by talented dancers and a large vibrant choir, the R&B singer’s set continued his “After Hours” character’s storyline with his signature sparkly red jacket. As The Weeknd weaved through a golden maze of mirrors and performed a dizzying sequence, memes and comparisons poured in on social media. Here is a closer look at the unique performance.

Aside from what the NFL provided, The Weeknd spent $7 million of his own money to produce this memorable and safe halftime show. The league also released a live visual album featuring the whole set, which included all pre-game performances.