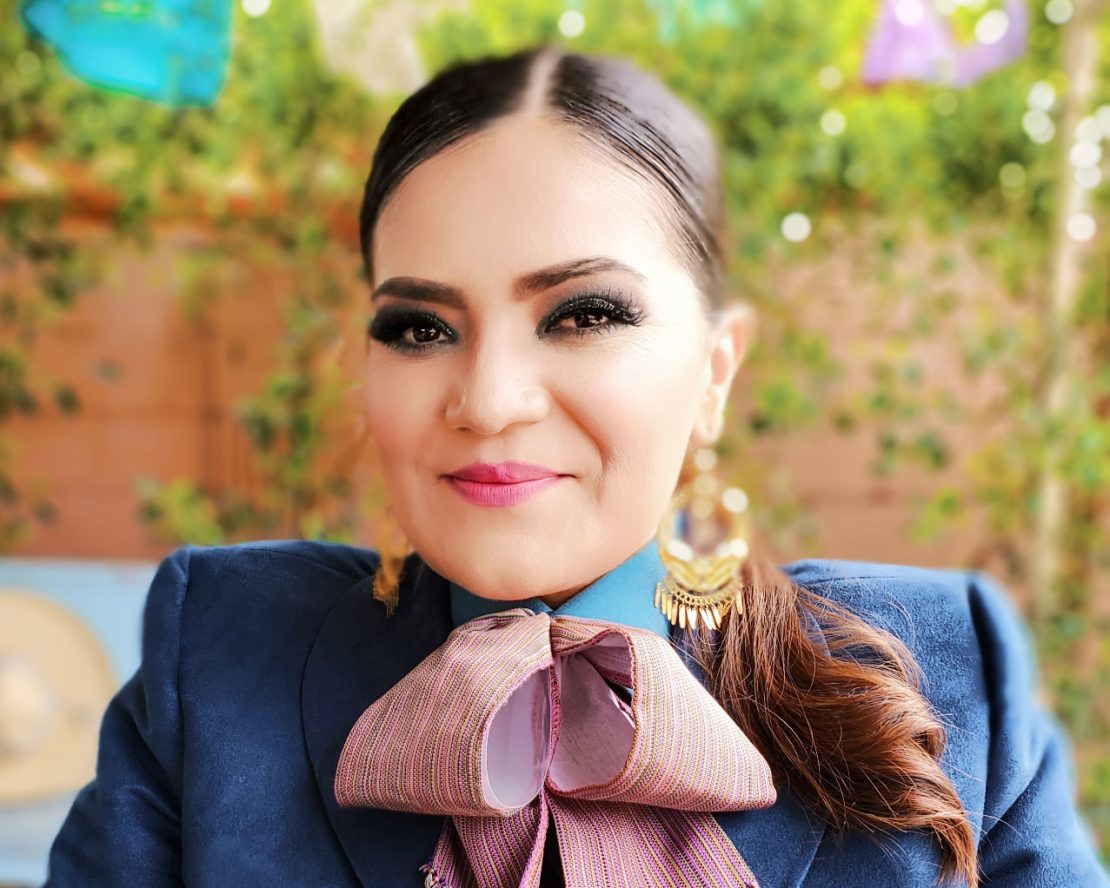 With over 20 Years Of experience in the mariachi business, Maricela comes from a long line family of mariachi musicians from Jalisco, Mexico and has been a member of the most prestigious mariachis in the United States and Mexico. A proud Mexican immigrant, and now US Citizen from the beautiful city of Guadalajara, Jalisco , Maricela is a passionate supporter of equality pay for her fellow female musicians after personally experiencing this sort of injustice, in a primarily macho dominated genre. Some of the all female groups that Maricela has been a part of and have helped shape her career and apprectation of the musical genre are Mariachi Las Perlitas Tapatias, Mariachi  Femenil Internacional, Mariachi Las Adelitas, Mariachi Reynas de Los Angeles, Mariachi Divas and Mariachi  Mujer 2000.  A master multitasker, Maricela is mother to three children and wife to Julian Martinez and handles the  responsibility of booking, promotion, billing, rehearsals, wardrobe and paperwork for all of the performances.

Propelled by their 2016 INTERNATIONAL BLUES COMPETITION WIN in Memphis, TN, The Delgado Brothers are a well-known name throughout Southern California. For over 30 years they have played their brand of Latin blues, roots, soul, and Reggae together as a family and have been a featured act in the Ventura County Blues Society’s Blues festivals, the 40th Anniversary of Santa Barbara’s Blues Society concert and more. Hailing from East Los Angeles, The Delgado Brothers have long been referred to as Los Angeles’ best kept secret. Their iconic brand of original song crafting is fueled by rock solid musicianship. Their music has been embraced both locally and globally by a wide spectrum of people, undivided by culture, age or socioeconomic status. Driven by fierce independence, unified by family, and fortified by the brotherhood of music, the  Brothers deliver the musical goods; topical anthem-worthy songs complemented by call-to-action lyrics, and East L.A. Soul.

Updating and reinvigorating the lively son jarocho of Veracruz, Mexico, Conjunto Jardín features sisters Libby and Cindy Harding – the band’s name is a play on the Spanish pronunciation of their last name – on the traditional jarana, a small strummed rhythm guitar, and requinto, a 4-string lead guitar plucked with a long bone pua or pick. Their sibling vocals ride atop hard-charging jaranas, driving cajón-and-bass rhythm section and sparkling harp-like keyboards to create a fresh, modern sound that is at once faithfully traditional yet possessed of a rock-influenced drive and accessible edge. Integral members of the Los Angeles family of bands that includes Sabiá and Huayucaltía, Cindy and Libby have played jarocho music virtually all their lives, starting as children learning from and performing with their father, renowned Latin American scholar and harpist Tim Harding.