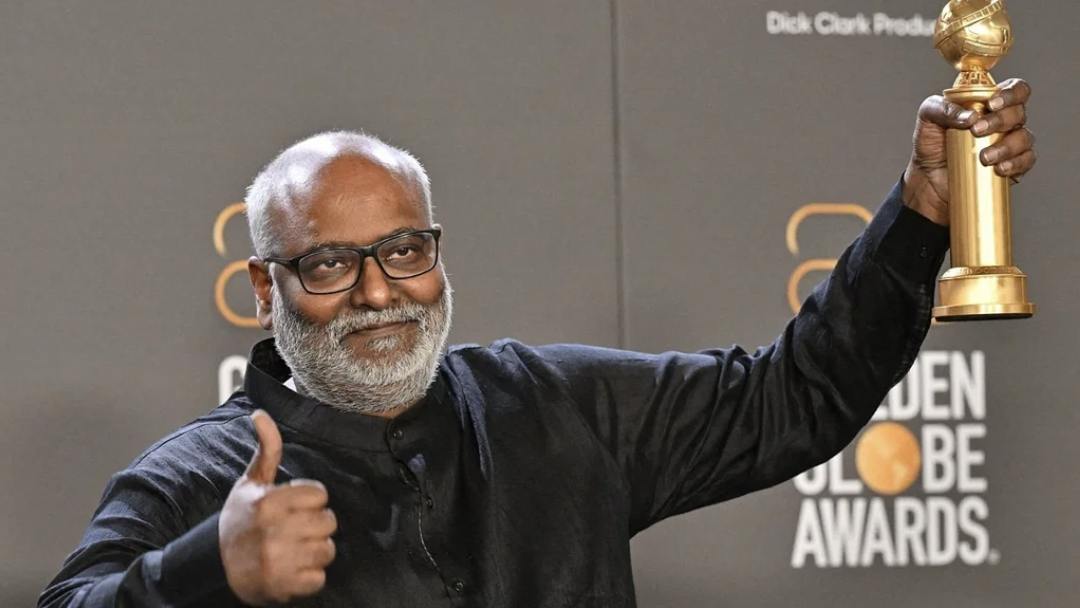 ‘Naatu Naatu from the film “RRR,” took home the unexpected and historic win at the 2023 Golden Globe Awards ceremony. The tune was up against some heavyweight nominations including Taylor Swift’s “Carolina” from Where the Crawdads Sing, and Rihanna’s comeback song “Lift Me Up” from Black Panther: Wakanda Forever. Other nomination included Lady Gaga and BloodPop’s “Hold My Hand” from Top Gun: Maverick, and Roeben Katz and Guillermo del Toro’s “Ciao Papa” from Guillermo del Toro’s Pinocchio.

Composer M.M. Keeravani accepted the award from presenter and Netflix star Jenna Ortega. He began his speech with “I’m very much overwhelmed with this great moment.” He then continued by saying “This award actually belongs to someone else. I was planning not to say those words when I get an award like this, but I’m afraid I’m going to repeat the tradition because I mean my words.” Like many, Keeravani could not bare to take all the credit for this extraordinary win. He went on to thank the film’s director, as well as the song’s lyricist, animator, and programmer.

The song whose title means “Dance Dance” in Telugu is a fast-paced song, heard during the film’s garden party scene where characters out-dance unwelcoming guests. ‘Naatu Naatu,’ with its booming drums and whimsical string instruments, became the first Indian song to win the category.

“Lift Me Up” by Rihanna

“Hold My Hand” by Lady Gaga and BloodPop