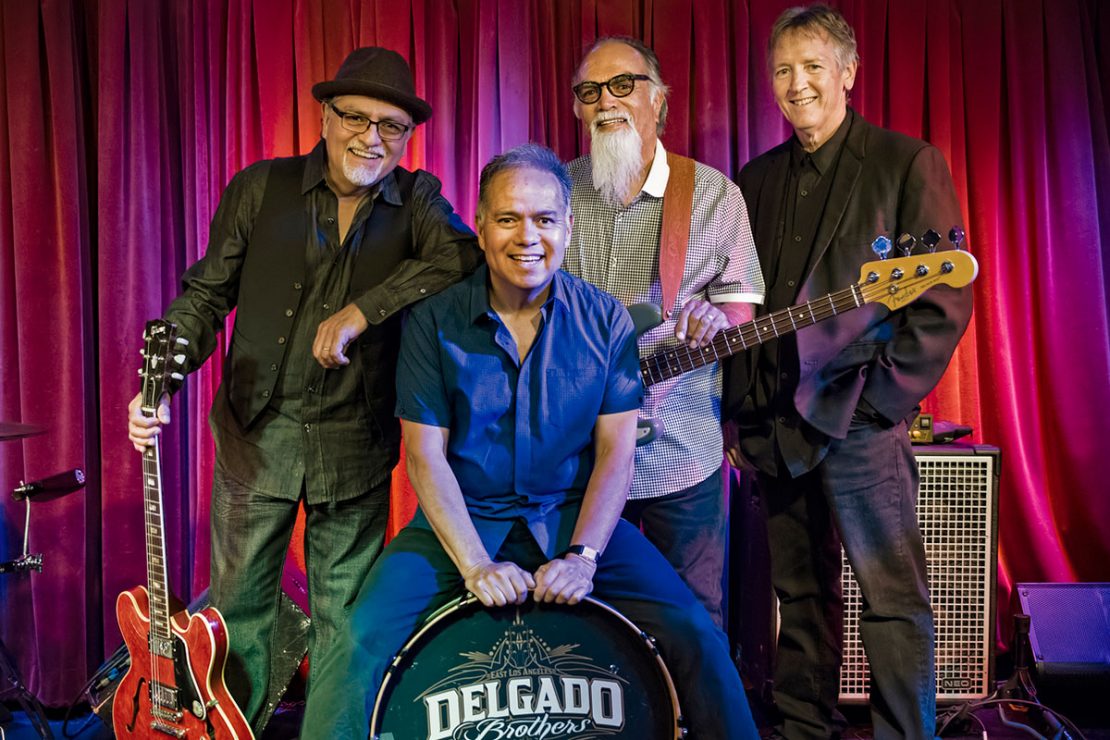 Propelled by their 2016 International Blues Competition win in Memphis, Tennessee, The Delgado Brothers are a well-known name throughout Southern California. For over 30 years they have played their brand of Latin blues, roots, soul, and reggae together as a family and have been a featured act in the Ventura County Blues Society’s Blues festivals, the 40th Anniversary of Santa Barbara’s Blues Society concert and more.

Hailing from East Los Angeles, The Delgado Brothers have long been referred to as Los Angeles’ best kept secret. Their iconic brand of original song crafting is fueled by rock solid musicianship. The Delgado Brothers’ music has been embraced both locally and globally by a wide spectrum of people, undivided by culture, age or socioeconomic status. The band is comprised of big brother Boss bass player Bob Delgado; wordsmith, vocalist, drummer Steve Delgado; Joey “D” Delgado, stoking the engine with his signature guitar solos, and masterful keyboardist David B. Kelley.

Serafia (pronounced sah-rah-fee-yah) is a world-class jazz singer, blues crooner, and songwriter with a distinctive rich texture, surgical delivery, and a five-octave range. Based in Los Angeles, Serafia has been a backup singer for numerous acts, including the top 40 Grammy-winning duo The Chainsmokers and has opened for acts like The Temptations, The Beach Boys, Cece Peniston, BWB, Rick Braun, and Taylor Dayne. She has also sang the National Anthem for MLB, NFL, NHL, F1, UCLA, USC, and many more!