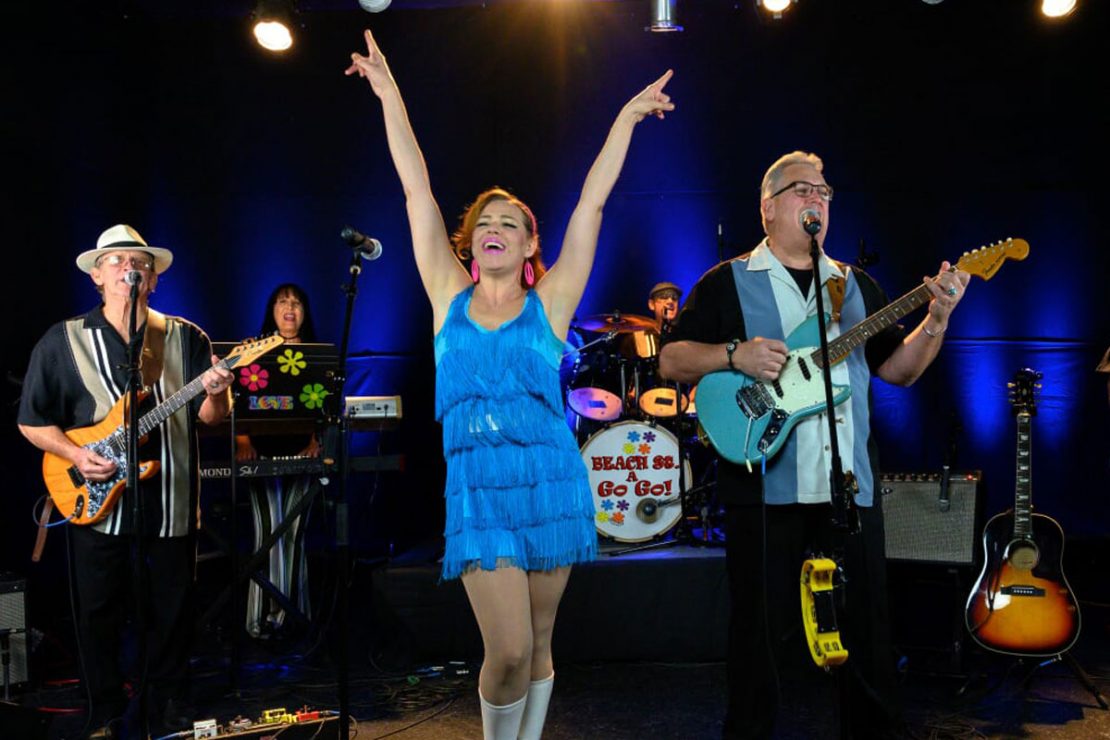 This six-person family-friendly event band located out of Valley Village, California has a big sound, made up of professional hard-working musicians who all have many years of entertainment experience under their belts. Founded in 2011 in Palm Coast, Florida by male lead singer and rhythm guitarist TJ Rosenman, BEACH St. A Go Go! A Tribute To The Groovy Sounds Of The ’60s…LIVE! has entertained thousands of people at festivals, concerts, city and corporate events, private functions, social clubs, car shows, nightclubs and more. Music from The Beatles, Beach Boys, Elvis, Those FAB ’60s Girl Groups, Motown, and more! At a BEACH St. A Go Go! show, the audience is treated not just with the groovy music, but also with costume changes, stories of the music that defined a generation and even has audience participation. That’s what makes this band a fan favorite.

Tina Mathieu is an indie-alternative soul singer/songwriter based in Los Angeles. Her versatile songwriting and textured vocals give an angsty Alanis vibe with nods to the quiet storm of Sade. With over a dozen song placements in film, TV (NBC, Bravo) and national ad campaigns (Dove, Masterclass), Tina landed a spot with Lifetime Films featuring her debut single, “Downward Spiral”. She followed that with the release of her emotionally raw EP A Safer Place, taking a deep dive into the waves of divorce. As an activist for several social justice initiatives, her politically charged tunes have been used as calls to action for protests, rallies and campaigns around the country. Tina is also one half of the positive-pop project Real Fiction, which has been featured in digital ad campaigns for Suave and Dove. Tina’s newest collection of folk/soul songs, This Blue Shall Pass EP, is now available on all platforms.