Get Directions on Google Maps

When a green ogre named Shrek discovers his swamp has been “swamped” with all sorts of fairytale creatures by the scheming Lord Farquaad, Shrek sets out with a very loud donkey by his side to ”persuade” Farquaad to give Shrek his swamp back. Instead, a deal is made. Farquaad, who wants to become the King, sends Shrek to rescue Princess Fiona, who is awaiting her true love in a tower guarded by a fire-breathing dragon. But once they head back with Fiona, it starts to become apparent that not only does Shrek, an ugly ogre, begin to fall in love with the lovely princess, but Fiona is also hiding a huge secret.

Please note:
During this time of COVID-19 recovery, The Los Angeles County Department of Public Health regulates today’s event. We ask the following of you:

For your comfort, you may bring blankets, low chairs (under 3′ height), tarps and pillows. Canopies, umbrellas or EZ-ups are permitted UNTIL the concert starts. Once the announcements begin, you must take these items down. Any items left unattended will be considered “abandoned” and removed from their location; you must remain with your belongings at all times. You may NOT use stakes to keep your blankets in place as they are a safety hazard.

There are to be no grills or open flames of any kind in the park. Food and non-alcoholic beverages are permitted and we encourage you to visit our food court on the west end for more options. Please keep animals tethered and respect your neighbors by being mindful of your space and the view of others. 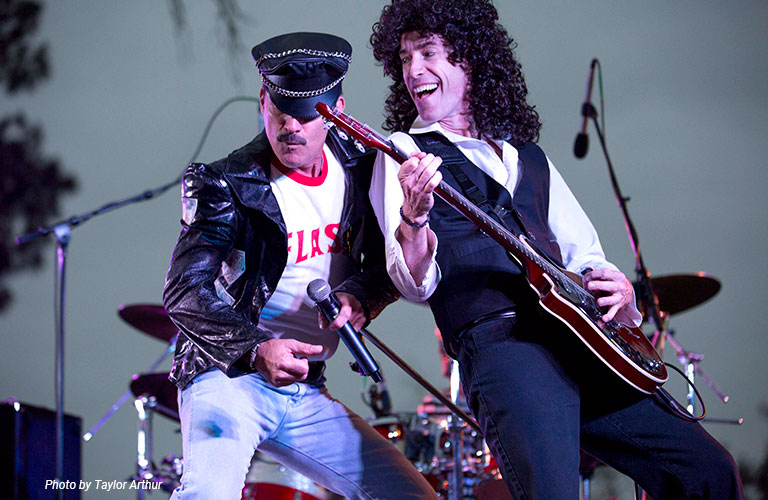 Your generous donation keeps our concerts FREE to the public, our performers paid, and keeps the arts alive in your community.

Valley Cultural Foundation provides diverse programs and events in the arts that bring together talent, community and business throughout the San Fernando Valley.

Enjoy Concerts and Movies, as well as Children’s Performance Series programs and a July 4th Extravaganza not to be missed, all for FREE every summer!

Learn more about us