Get Directions on Google Maps 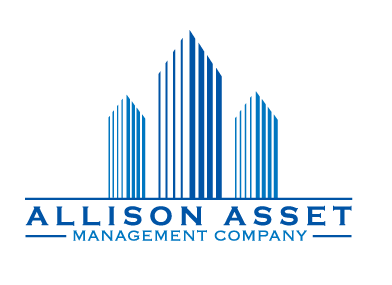 (Not in order of appearance)

Referred to as “the perfect blend between Sinatra and Motown”, crooning sensation Terrell Edwards and his style of music is that organic blend that becomes the soundtrack to moments in your life that evokes the fondest of memories.
Terrell took to the stage as an adult contemporary artist after working with many R&B artist which makes his performance both soulful and rich. The smooth, but explosive vocals and stage presence is what got the attention of legendary tonight show host Jay Leno. Within days of being introduced to Jay Leno; Terrell and his Tri City Rat Pack was invited to Las Vegas to work alongside the legend. Terrell and the Tri City Rat Pack spent the next few years opening for the icon at the Mirage in Sin City.
Terrell’s long-awaited solo project “Unchained” was released in 2018, showing his resurgence as a soul singer and in the same year he was nominated for the “Live Entertainer of the Year”.
Beyond music, Terrell is a true philanthropist in many charitable organizations. One of his passions lie with The Reach Mission Foundation, which was founded by Edwards and brings aid and awareness to International poverty relief, and also provides financial support to local youth initiatives. The other organization that receives a lot of attention and financial support from Terrell is the Alzheimer’s Society.
Terrell hopes to inspire people in everything that he’s blessed to be a part of. He’s having the time of his life, and the live stage and an electrified audience is his lifeline! “I love to make people happy and spread love through my music…that’s my drive train!”

Brittney embodies the nature of a powerhouse femme icon with her electric vocals, edgy lyrics and a one-of-a-kind stage presence.

Originally from Hartford, Connecticut, she started her music career while earning her bachelor’s degree in New York City. As a lover of live music and ensembles, she and her band have grown to produce and perform shows that leave the audience with an unforgettable sound and experience.

AV!VA is a singer, songwriter, and recording artist. On her first song, “Conquering the City” she was considered for Best Rap/Sung duo in the 58th Grammy Awards. She specializes in pop, hip hop and soul and is currently working with world renowned producers.

Additionally, she is working with the non-profit organization Rock Against Trafficking, an organization consisting of rock legends such as Journey, Slash, Carlos Santana, etc. singing Sting and the Police covers to bring awareness and raise money to help the millions of children who are enslaved in the sex trafficking industry today. AV!VA sang and co-wrote the flagship anthem for the charity.

Despite success in the fields of modeling and acting, her first love will always be music and she uses music to express herself in ways she never could with words.

Help us spread the word about…

We know your time is short, so we’ve constructed a few messages for you to use in your social media posts. It just takes a moment. Just copy and paste and feel free to personalize it! We really appreciate your support.

Valley Cultural Foundation’s Concerts are FREE to the public and held on Sunday evenings from June 27 – September 5, 2021. All concerts start at 5:30 PM with our Emerging Artists Opening Act performances. Headliners will follow shortly after and end at 8 PM unless otherwise notified. Our location is the beautiful Lou Bredlow Pavilion in Warner Park at 5800 Topanga Canyon Blvd., in Woodland Hills. There is plenty of room for a late afternoon picnic with the family while being entertained by headline performers.

Concerts are FREE to the public and held on Sunday evenings from June 27 – September 5, 2021. Concerts start at 5:30 PM and end at 8 PM unless otherwise notified. Located in Warner Center Park in Woodland Hills. Get more info.

This year, Food Trucks are coming to Concerts. Some of our favorite Food Booths will also be returning, serving up a variety of cuisines. Follow us on Facebook for up-to-the-minute news!

We have plenty of opportunities to feature your business at one of our marketing booths or from the stage.

Please note:
During this time of COVID-19 recovery, The Los Angeles County Department of Public Health regulates today’s event. We ask the following of you:

For your comfort, you may bring blankets, low chairs (under 3′ height), tarps and pillows. Canopies, umbrellas or EZ-ups are permitted UNTIL the concert starts. Once the announcements begin, you must take these items down. Any items left unattended will be considered “abandoned” and removed from their location; you must remain with your belongings at all times. You may NOT use stakes to keep your blankets in place as they are a safety hazard.

There are to be no grills or open flames of any kind in the park. Food and non-alcoholic beverages are permitted and we encourage you to visit our food court on the west end for more options. Please keep animals tethered and respect your neighbors by being mindful of your space and the view of others.

Valley Cultural Foundation provides diverse programs and events in the arts that bring together talent, community and business throughout the San Fernando Valley.

Enjoy Concerts and Movies as well as Children’s Performance Series programs and a July 4th Extravaganza not to be missed, all for FREE every summer!

Learn more about us